Fiona Bennington: an interview with the Belfast Telegraph

“Medicine was the poster career, but I wanted to make stuff, build stuff.“ Fiona aims to be a Catalyst for a better […] 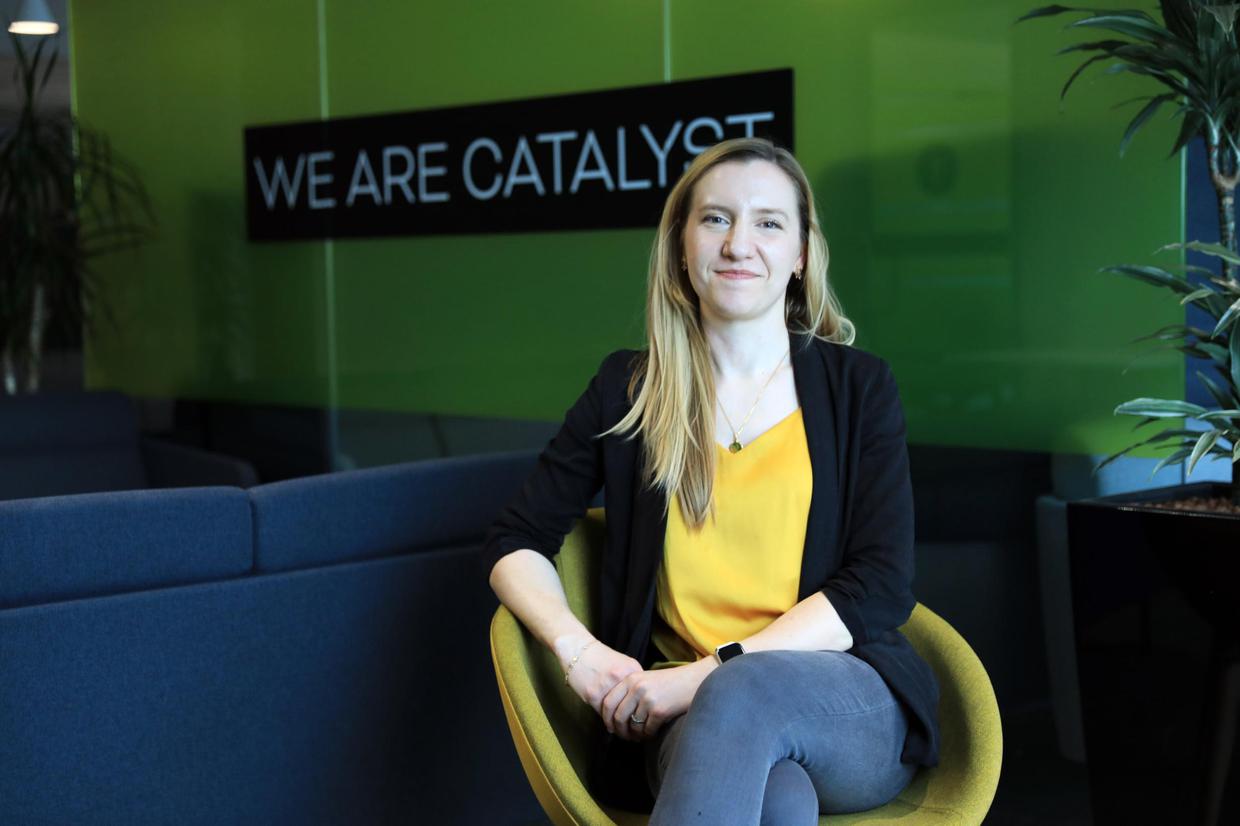 Fiona aims to be a Catalyst for a better future, writes the Belfast Telegraph’s John Breslin

It was late 2019 and Fiona Bennington was already hearing worrying whispers of an emerging new illness all the way over from China, some time before many others knew what might be coming.

Fiona, a product designer, engineer and entrepreneur, knew the country well and could speak Mandarin. “I was being told you have to take this seriously — you need to be ready,” says the 34-year-old Queen’s graduate. She leads the entrepreneurship and growth programme for Catalyst.

A Fermanagh native who was working for Newtownards-based baby products company, Shnuggle, Fiona, like many, knew people who were vulnerable and some working for the NHS. But there was a lack of urgency and information.

“Then it hit Italy and people started to scramble,” she says. Fiona sat down with Adam Murphy, Shnuggle’s chief executive, and others and talked about what could be done. They decided very soon to start making face shields to protect against transmission of Covid-19.

Following calls, an ad hoc team of a few dozen, including designers and engineers, was brought together on a Friday afternoon. By Monday they had the finished design. And a name — Hero Shield.

“We went though 40 prototypes over the weekend off a 3D printer. It had to be the right fit, comfortable, adjustable to head size,” says Fiona, adding they were also working to specifications covering compliance and safety.

“We started manufacturing before we knew how to distribute. There was 30 different companies involved, raw materials, assembly. We worked with local companies and our role was co-ordinating and managing,” says Fiona.

“We did not know how to pay them but they did not care about that. It was rather than worry about red tape, let’s worry about the people.”

Two key companies involved, Crossen Engineering of Newtownards and Denroy of Bangor, did end up with contracts but otherwise it was a case of delivering directly to the homes of health workers, all managed from a warehouse.

“It gave that scary, mental time a purpose,” says Fiona. “Nobody knew what was going to happen.”

The whole operation was non-profit, with any extra cash set aside to support mental health and NHS workers post pandemic. The design paperwork was passed on to responsible organisations, including Engineers Without Borders, which operates in the developing world much like Médecins Sans Frontières in its field. It was a bit like “ancient history” for Fiona until receiving the call a few weeks ago from WISE, an organisation supporting women in the fields of engineering and technology. She was recognised for her contribution by being named as the winner of the WISE Responsive Hero Award at the Covid Unsung Heroes Awards 2022.

“The biggest take away was the value of that collaboration and it just benefited everyone involved,” says Fiona.

The pandemic, as we now know it happened, could hardly have been foreseen then but Fiona’s response to the crisis has its roots in her school days at the Collegiate in Enniskillen — and the decision to pursue a career in engineering and design.

“I made the decision to study engineering because of a number of coincidences and wanted to make a positive difference. Medicine was the poster career, but I wanted to make stuff, build stuff.”

“I was thinking of one innovation that could make a massive difference.”

An early influence was reading about teenagers developing a continuously evaporating fridge able to keep vaccines cold in the developing world. The school had an established tech and design programme. She wanted to study engineering but with a creative side. Queen’s University had just started its product design and engineering course.

“Any time we were studying theory on a project there was always an added practical application,” says Fiona, explaining the students would study the maths of building a structure like a bridge, then would build a prototype of the bridge to see if it would work.

In her third year, just before the summer, she wrote to 100-150 companies for work experience.

“I would have worked for free because I just wanted to be exposed to stuff,” Fiona says. Seamus Connolly of Fast Engineering in Antrim replied. The company makes items for disaster relief and anti-harm products for prisons and other institutions.

Among the products the company has designed is a fold-out water tank that is easy to transport and can be lifted by two people.

“I just learned every aspect of the job,” says Fiona. She decided afterwards to put off going back to university for a year to work for the company. Seamus insisted she be paid, from the start. Fiona moved on to James Leckey Design, which makes products for children with special needs with the aim of making the family home as least like a health care facility as possible. These are need practical everyday  supports being as unobtrusive as possible, that blend in with the environment. She later joined
Shnuggle.

“It is all about user-centred design,” says Fiona. “You sit in a room and work with people who use them, talk to them, observe, ask what are the challenges. Go to different spaces, schools, also create focus groups. You may already have an idea but want to bring users together to comment, interact.”

And she adds: “There is this impression people should keep their ideas close because they are valuable, but they are not valuable until realised.”

While still at Shnuggle, Fiona started a business, the idea coming from her own painful personal experience, one shared by millions of people yet not fully addressed.

“I was suffering from chronic period pain and could not find anything that would work,” Fiona says. “Products were all one time use, costing £3 or £4 a go, expensive, one size, not stylish or comfortable.

“Yet this is a really common problem, affecting 67% of women and many take pain killers,” she says. “This is about diversity in design, the kind of people who designed products in the past, if it is all men of a certain age, it is unlikely will want or know how to solve a problem.”

She created HUG, a reusable heat pack for pain relief. In short, it takes different kinds of people to produce the right kinds of products, Fiona adds.

“I talked frankly to women to see what was needed, did the research but also drew from own experience,” she says. “I did it as a learning experience, never tried to grow it into a world defeating product but really enjoyed because you masterminded everything yourself.”

It also led to closer connections with Catalyst. HUG was the engineering category winner in Catalyst’s INVENT awards in 2017.

“They make it seem possible to do these things,” says Fiona. After working as a design consultant, she joined Catalyst full-time last summer. She leads of team of around 20 tasked with managing entrepreneurship and growth programmes that focus on supporting start-up and early-stage businesses, including Generation Innovation.

It is about supporting early stage development, from school age to those on the cusp of serious scaling up. Very loosely she works with companies up to those hovering around the £1m revenue mark.

On the schools programme, Fiona says it is about broadening thinking, talking about user centered design, but more philosophically give them “tools to help understand people, find out where they are coming from — empathy.”

“The goal is that every child should feel able to do these things (and) it does not matter from what background,” says Fiona.

A younger Fiona mulling over her future life path and wanting to make a difference might well nod in agreement.

What’s the best piece of business advice you have (or have been given)?

From a previous employer who started the business I was working in and research and development context: “It’s not as hard as you think, just try it.”

It’s true that it can seem overwhelming if you try to sit down and map out the next three years, instead maybe focus on what you can do in the next week, or fortnight and you will find you can make a lot of progress without things being overwhelming.

Oh, and run the numbers before you throw any money at anything so that you understand the risk versus possible reward in a best and worst case scenario.

What was your best business decision?

At one point I was interested in entrepreneurship and thought about doing a course in it, but realised I could take the same money and have a crack atit and learn by doing.

That was how my journey with Hug Wearable Heatpack started and I have learned so much about getting a product to market, my attitude to risk, marketing, branding and more that I could never have learned in a classroom. I have also made valuable connections and built a network that will be helpful in all kinds of ways in the future. I did intentionally choose something I would not need to invest vast amounts of money on which was probably the most sensible move I made..

Can you recommend a business related podcast and book?

Maybe not business so much as innovation-related but I love BBC’s World Service People Fixing The World Podcast. It is crammed full of stories of people doing clever things to improve society, the planet, health and livelihoods. These are often businesses that turn a profit and make a difference and are inspiring on so many levels.

On books, I would highly recommend ‘Mother of Invention’ by Katrine Marcal If you would like to learn more about why diversity is important during problem solving, innovation and in business. It gives great examples of why bias and lack of empathy might have held us back in innovation and society and these are lessons we all need to finally learn or history will be doomed to repeat itself.

Do you reply to work-related emails when you’re on holiday or do you believe in a complete switch-off?

I admit that I try not to do this but I really can’t help but check and reply to some things, I do advocate for a proper switch-off but in reality find iit hard to not always be problem- solving (it’s probably in my ‘engineer’ DNA!)

How do you relax?

Any combination of going for walks, yoga, or crafting. I always feel so recharged if I can get even a quick 20 minute walk somewhere green, which we are so blessed with access to here in NI. 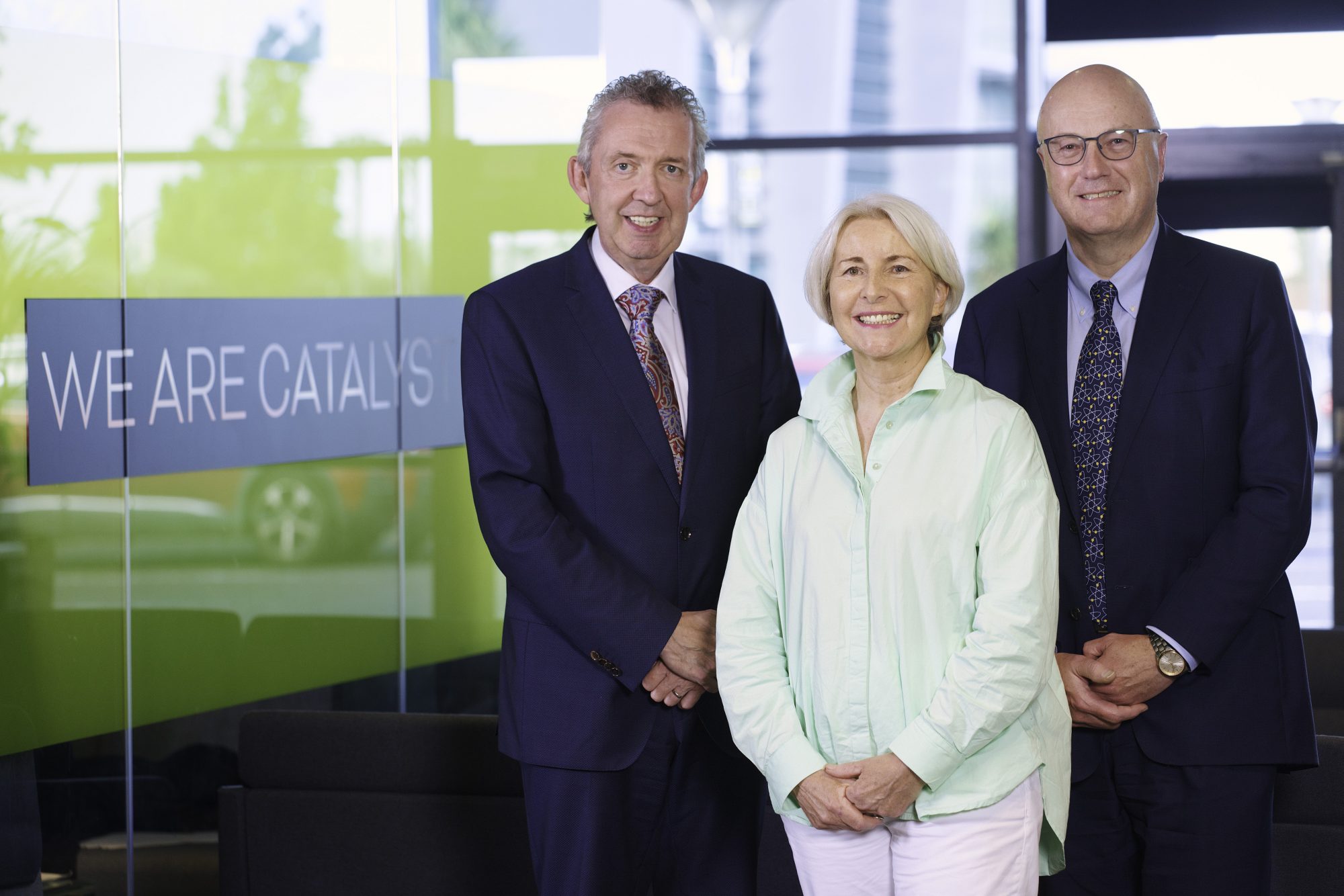 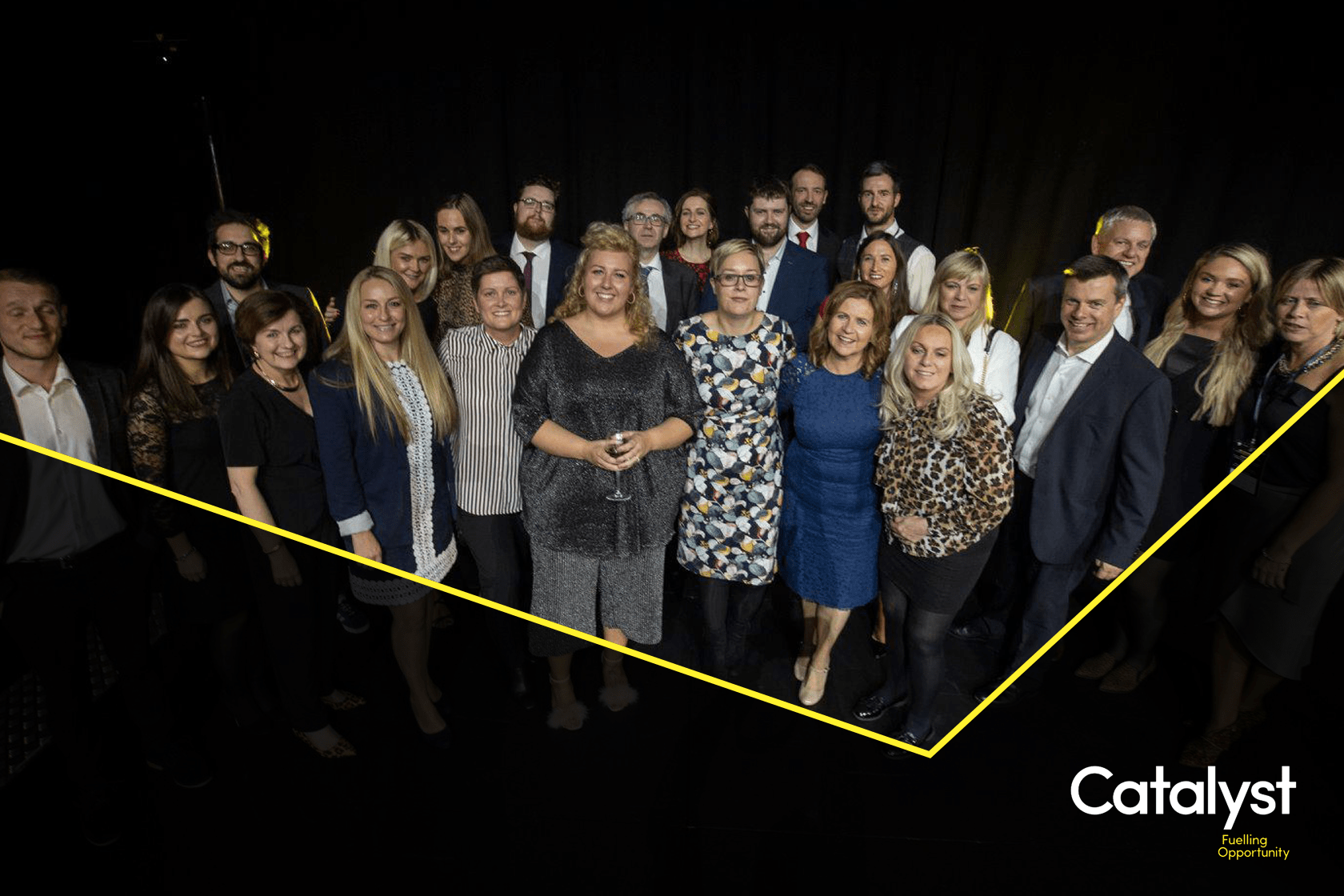