The founder of Belfast-based technology company Neueda, Brendan Monaghan, has been named as Catalyst’s Innovation Founder for 2021 by a panel of […] 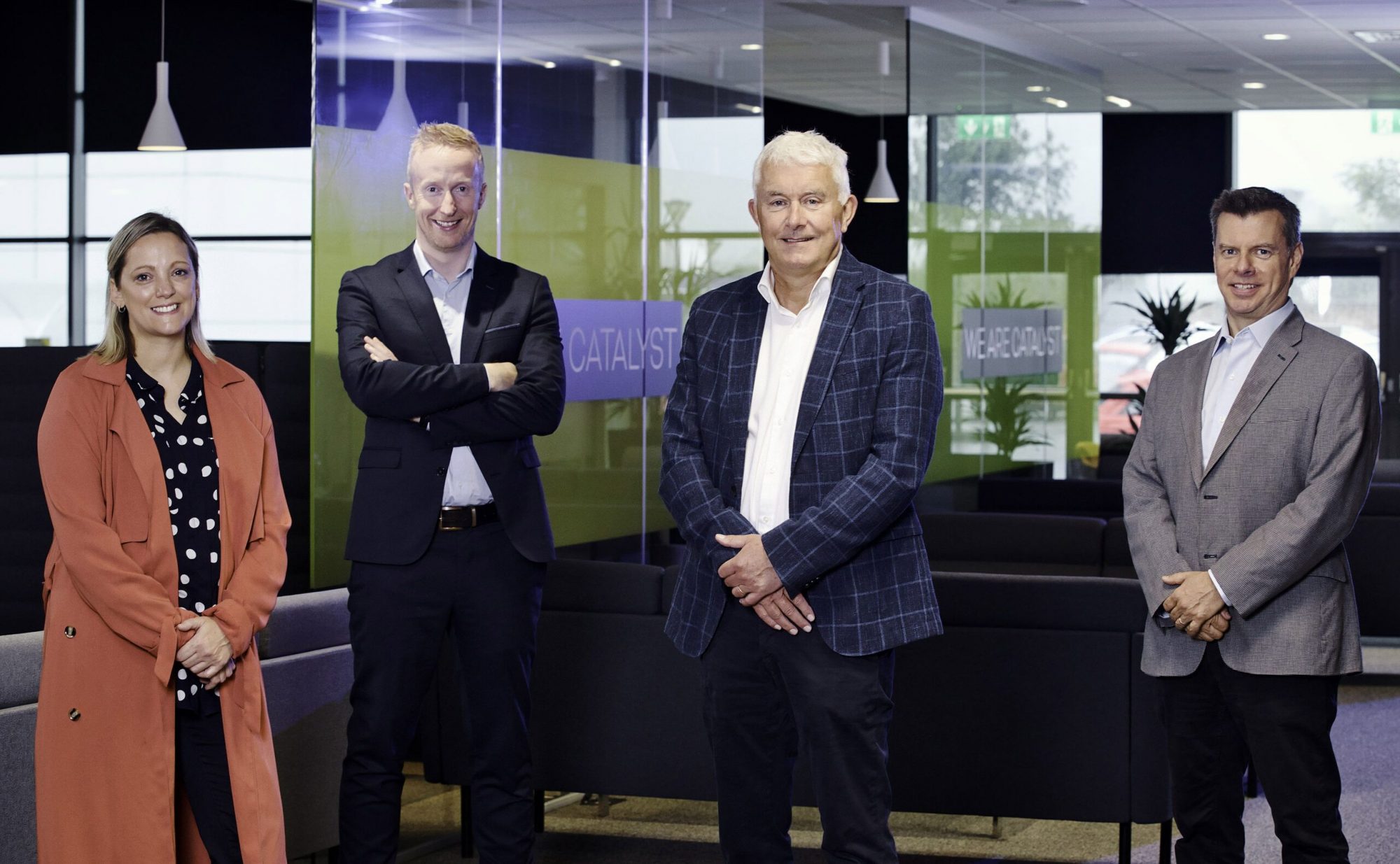 The founder of Belfast-based technology company Neueda, Brendan Monaghan, has been named as Catalyst’s Innovation Founder for 2021 by a panel of Northern Ireland’s most successful entrepreneurs.

Now in its 12th year, the Bank of Ireland UK sponsored Innovation Founder award celebrates Northern Ireland’s rich history of innovation and is awarded to a person who has achieved success in founding, leading or building a celebrated local innovative business.

After a career working in software businesses including CEM Systems, BIC Systems and Kainos, Brendan and his co-founder David Bole started Neueda, a company which provides consultancy, analytics, training and software development to organisations across the public sector, utilities, financial services and the capital markets. Its customer base ranges from Dublin and London to Singapore and the United States.

The company grew from a startup based in Brendan’s house in 2006 into an organisation with a workforce of over 300 people, the majority of whom are based in Belfast. In June this year it was announced that Neueda had been acquired by Dublin-based software business Version 1.

Brendan Monaghan said: “I’m humbled and surprised to receive the Innovation Founder award. When I looked at the previous winners, the names and reputations of the people who had received this award, I was a bit blown away to be honest. For that group of entrepreneurs to regard me as being on their level is a real honour.

“The experience I gained in all the companies I worked for influenced the structure, culture and values we instilled at Neueda. My approach has always been to give good, competent, ambitious people a chance and to let them collaborate and get at it. The company’s success and momentum we achieved was never just about me.”

Niall Devlin from INVENT Awards sponsors Bank of Ireland UK said: “We are proud to support the Innovation Founder award in recognition of Northern Ireland’s innovation heroes. Their talent and experience provides inspiration for the next generation of innovators, who will be the lifeblood of our economy in future. I’m delighted to announce Brendan as this year’s recipient, another very worthy winner taking his place among a brilliant group of entrepreneurs.

“Brendan has been instrumental in the creation of hundreds of jobs in the local technology sector helping to establish Northern Ireland’s position in the global technology industry.”

Steve Orr, CEO of Catalyst, said: “Northern Ireland’s tech sector has expanded significantly in recent years and we have a growing reputation for talented software developers and engineers.

“People like Brendan saw the potential to take that expertise to customers around the world and he developed Neueda into a thriving international business with a firm focus on its people and its culture. I am delighted he has been named as 2021’s Innovation Founder.”

This year’s award will be formally presented at the Invent Awards 2021 on September 30 in the ICC Waterfront, Belfast, where the final winners of Invent 2021 will be announced.

More information on INVENT can be found here.

Catalyst’s Siofra Frost to be a maths week ambassador